If there is one buzzword in the world of technology that is used more than any other it is the word “cloud”.  For years now, every computer service you can think of has been linked to “the cloud”.  Whether it is music downloads, web hosting, artificial intelligence, or just saving files that always used to live on your computer.  The Cloud is everywhere, and part of everything.

Interestingly, however, while the word might have popped into existence a few years ago, the concept itself is not new.

The cloud started with Compaq

In 1996 a small group of executives at the tech company Compaq had a meeting to attempt to predict the future of the internet, and what they predicted they named “Cloud Computing”.  It was an undeniably prescient prediction, both through the use of the word cloud, but also the thought that all business software would move to the web, and “cloud computing-enabled applications” would become common.

And in that, is the true definition of what cloud actually means.

It is simply a word that means “on the internet”.

So, does that mean that if you access a website like this one then you are using the cloud?  No, but you could be forgiven for thinking so.

Simply surfing the web doesn’t really equate to cloud computing.  For that to be the case you need to access some kind of interactive service.  It doesn’t have to be anything complicated.  Anything from storing a document, to programming and setting up a chatbot for your brand new website count as a cloud service.  It is a combination of the remote nature of the machine in question and the active nature of the service that makes something cloud.

If a service runs on a remote server that you access over the internet instead of on your own machine in your house or office then it is “cloud”.

So, in the simplest possible sense, the cloud means nothing more than on someone else’s computer.

Now if this remote computer is like yours then there is very little advantage to be gained by accessing it remotely.  Doing the work on yours would be both quicker and easier, but let’s say that your computer only has a limited amount of storage space, and you need to store more.  You could connect your computer, over the internet, to a much larger machine that wasn’t limited to 500GB, but had several 100TB drives. Perhaps you could even connect to a network of machines with massive amounts of storage, such as those offered by Microsoft as part of their Azure service.  You would effectively go from having a very small amount of storage to virtually unlimited amounts of storage.

The computer you use at home, or in the office is designed to be able to run multiple programmes at once.  If it was 1,000 times more powerful it could run a lot more programmes, or it could run the same programme for a lot of people. This is cloud computing.

It is accessing and running programs on a computer that are sitting somewhere else.  It tends to be a computer that is vastly more powerful than your own, and tends to run programmes that you can’t access on your own computer, but not always.

Sometimes it will be things like Apache – a type of programme designed to turn a computer into a web server, which you can run on your own machine if you wanted to. Or it could be something hugely more complex such as Azure Cognitive Services such as image processing and analysis.

The fact is when you connect to a cloud service you don’t know whether you are communicating with a single machine sitting somewhere in a secure data centre, or a virtual machine that doesn’t actually exist in any tangible sense.  And it doesn’t matter.

The days of computers being physical boxes that you access by plugging wires into are long gone.  These days everything is cloud-based.

And for that, we should thank the team at Compaq.

In the next part of this series, we will look at cloud computing in more detail, some of the amazing things it allows you to do, and how you can access those services.

But for now, if you go away with nothing more than the understanding that when someone says “cloud”, what they mean is “not here” then you will be ahead of the crowd. 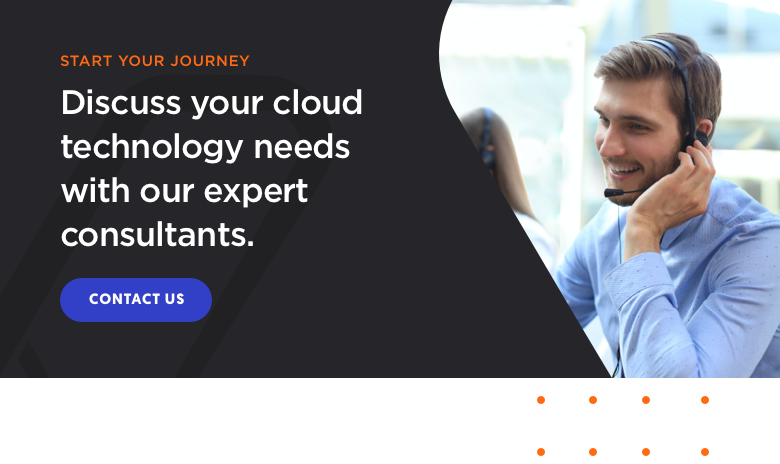